We are delighted to announce that Stanley Doyle one of our players from our Basingstoke centre has just signed terms with Swindon Town Football Club Academy.

We are very proud to have played a part in Stan’s development  from grassroots to academy football and from all at the SA S.O.D.C wish him all the best for the 2017/2018 and look forward to hearing updates on how he is getting on.

“I would like to say thank you so much for allowing Stan to be the player he naturally is, encouraging his skills, his confidence and bringing him up to such a high standard. I genuinely believe that what Stan learnt at the SA S.O.D.C. set him up and on his way. Thank you so much for giving him the opportunity to play with and against some amazing players and teams” 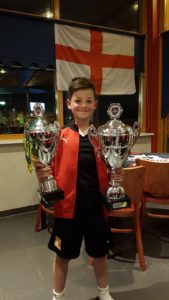